I'm dashing around instead of having a restful Sunday morning. I got back yesterday from my Cascading Logs class and was too tired after a full days sewing to put everything away. This afternoon I'm driving up to my daughter's house in Birmingham to look after my grandchildren one of whom has chickenpox so there's no nursery for them and Grandma to the rescue. I remember having calamine lotion put on my itchy spots as a child but I think treatments have now improved since those days.

This is just a quick post to link up with Wool on Sundays and an almost finish for me, at last!

I have had Isobel's cardigan on the needles for ages and all I had to do was graft the underarms with Kitchener stitch. The problem is that I hate grafting and kept putting it off. I found a video on Youtube showing how to do Kitchener stitch by knitting and not sewing. It's the same technique but with a third knitting needle and not a tapestry needle. The end result is an (almost) invisible graft between the two pieces. I think I'll need to practice again but I was satisfied with the result and finally sewed on some lovely pottery buttons that were made in South Africa. The cardi is now washed and blocked and drying in the airing cupboard to speed up the process. All ready for Isobel's first birthday on Wednesday. I must just remember to take it with me. 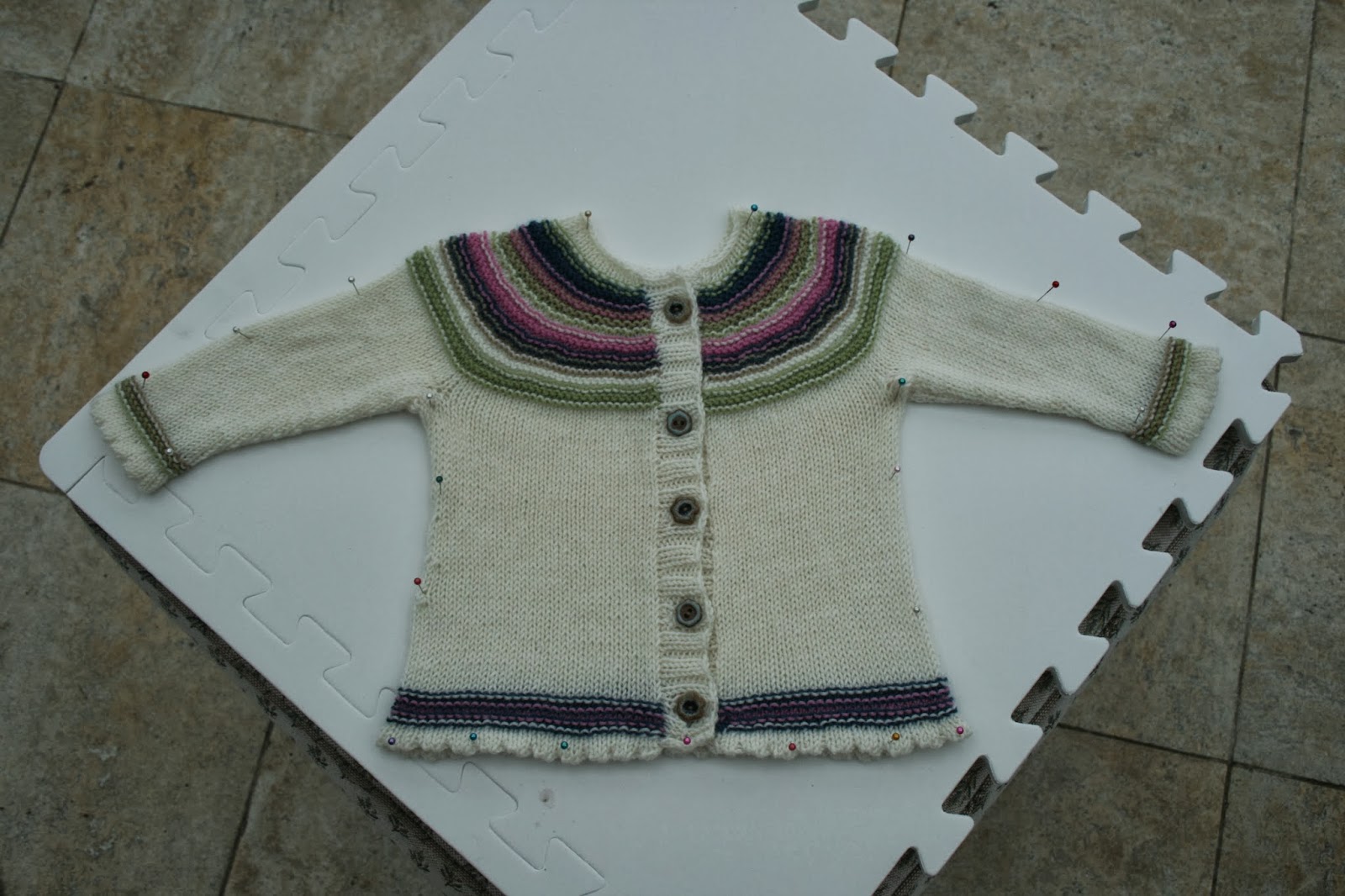 (Please excuse the photo, the light was quite poor)

I have not had much time for Peppa Pig so I am going to hunt out the toy stuffing and some black and white wool to finish off the project before Wednesday. I bought Isobel a scooter for her birthday so she can start to use it in the summer but I want to finish Peppa for Wednesday too so I'll try to finish her in the evenings when the children are in bed. The red is a bit bright but I am hoping that will add to her appeal! 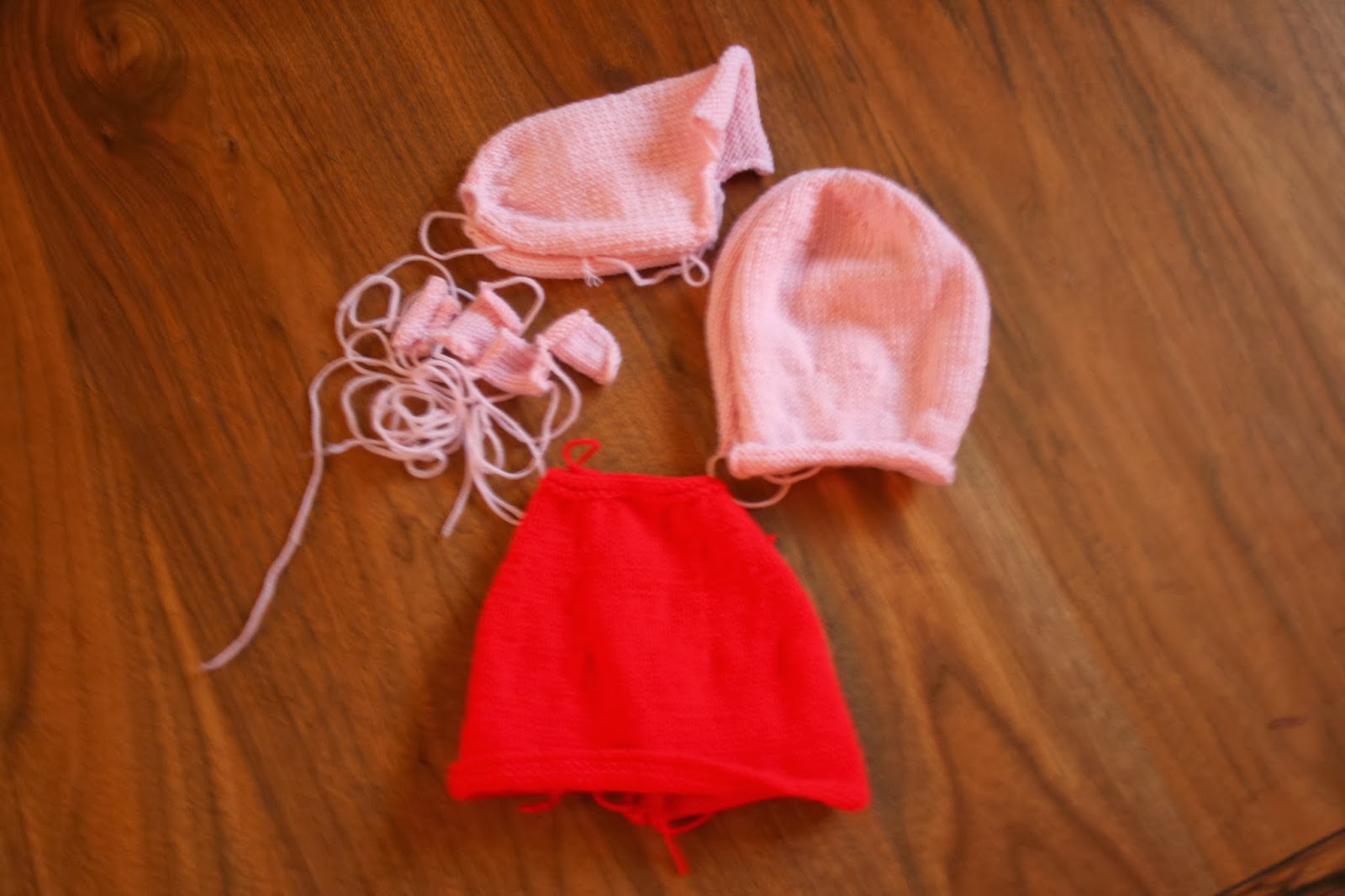 I'm looking forward to seeing everyone else's projects on Wool on Sundays. Enjoy what is left of your Sunday.

Oh, nearly forgot. I thought I'd post some photos of our trip last week with my oldest grandson and his sister to Boscombe Down Aviation Collection at Old Sarum in Wiltshire. If you have children to amuse during the holidays its a great way to pass a few hours. My grandson really enjoyed clambering into the cockpits to 'fly' the planes. I loved seeing the biplane as my dear Grandfather George had joined the Royal Flying Corps (the predecessor of the RAF) in 1917 at the age of 18 and worked a mechanic on these very planes. 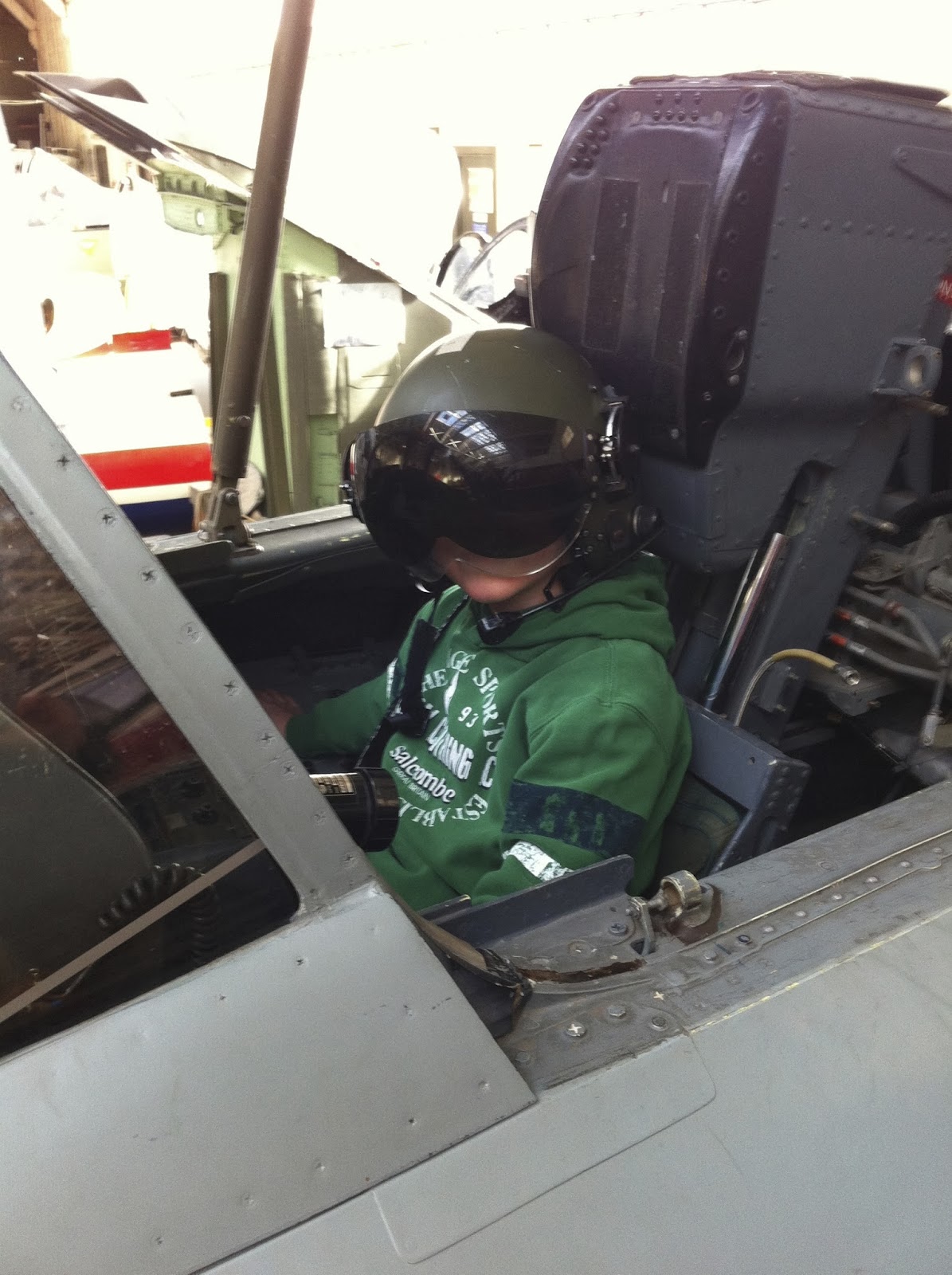 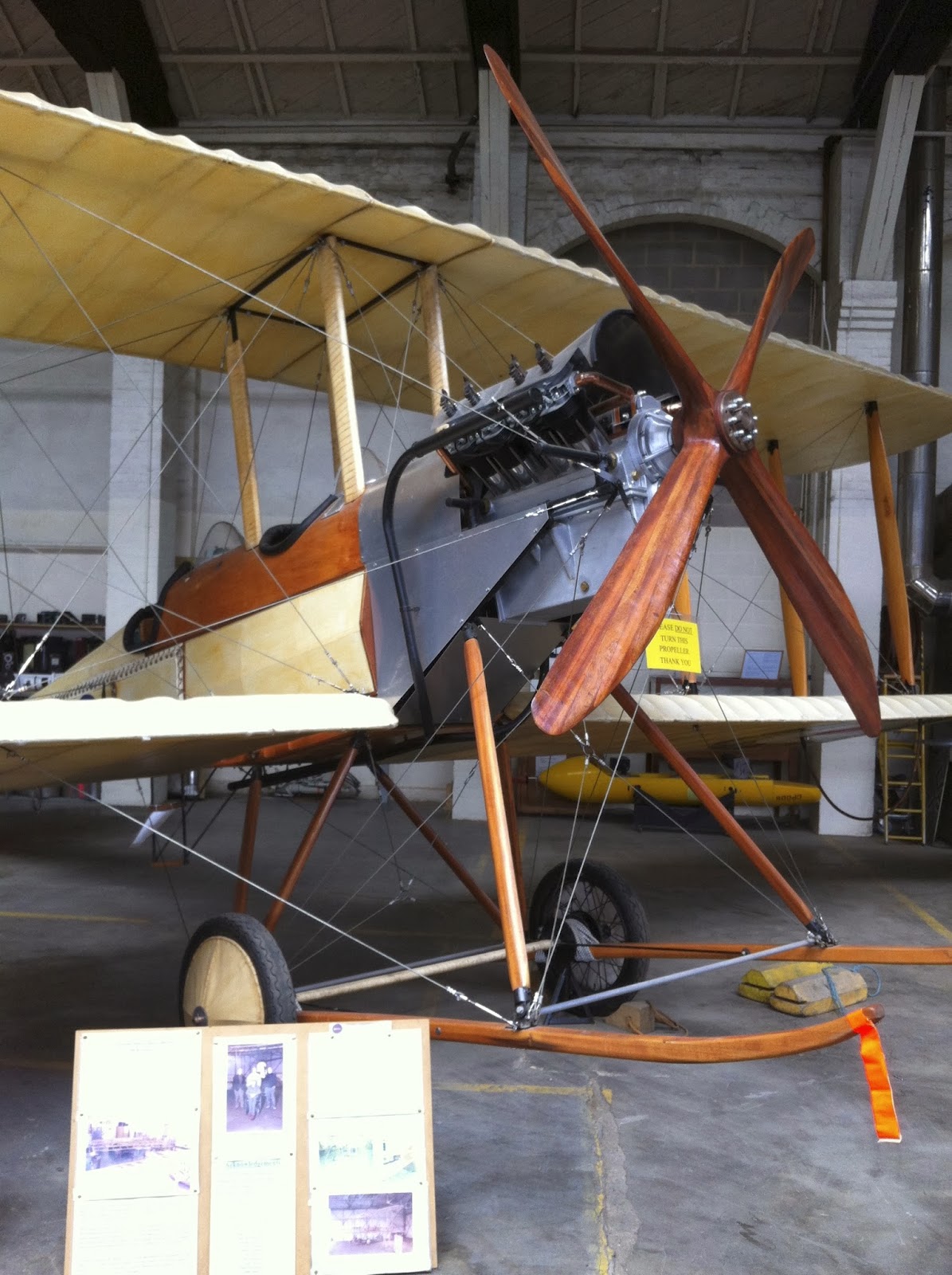 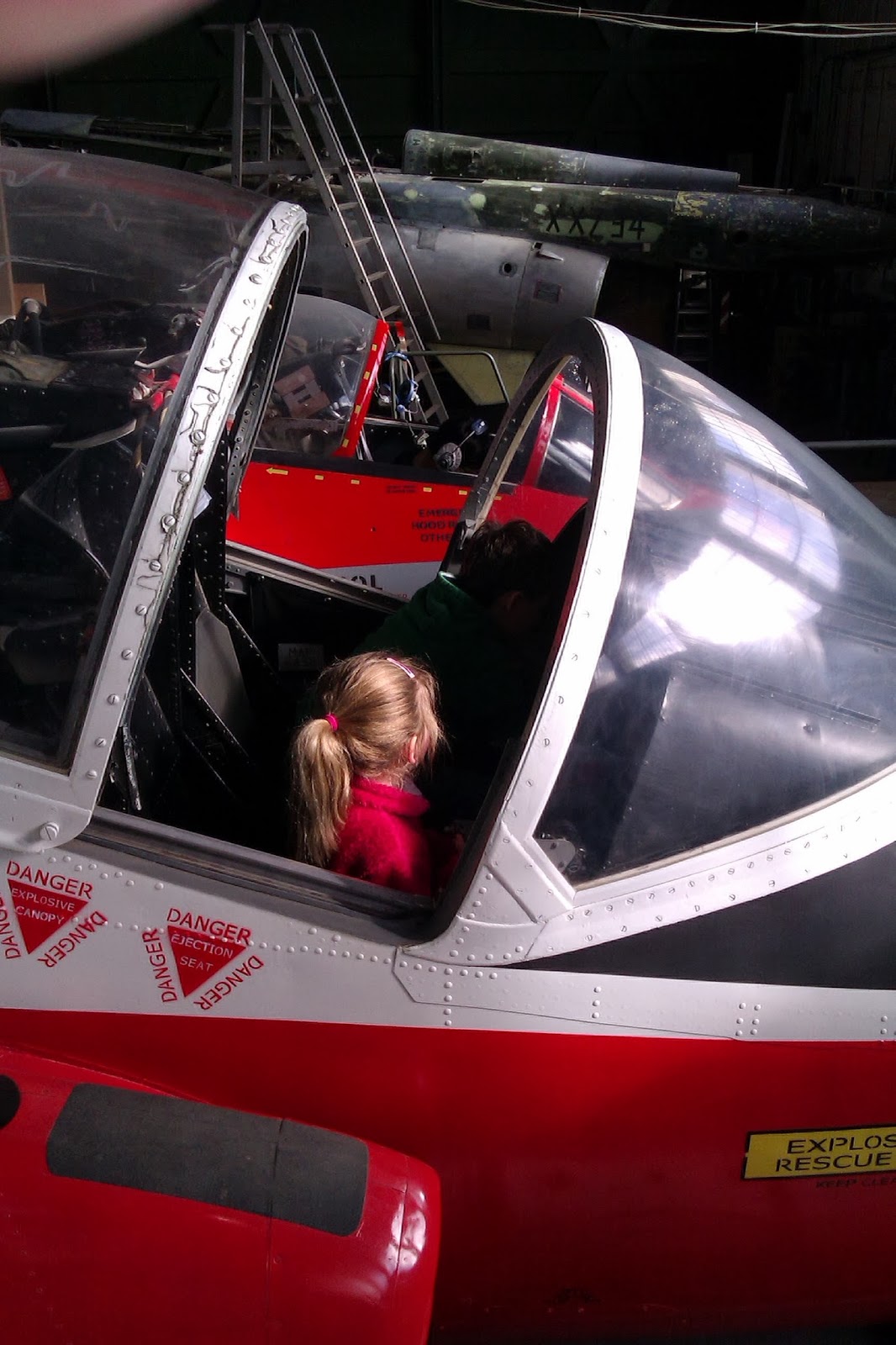